Skyline has one post-tensioned hard concrete tennis court, four pickleball courts (hard surface) and four red clay tennis courts. Made of a material found right here in Arizona, the clay is a delight to play on during our hot spring and summer months, staying as much as thirty degrees cooler than a hard court. This surface is a medium-speed, all-purpose court, which is much easier on joints and muscles than the more common hard court, especially for those players with “old injuries.” Four of the courts are lighted for evening play, and we have a backboard area and ball machine for practice. Our Members also enjoy the game of Pickle Ball on the courts as well. Plenty of court fun for everyone! 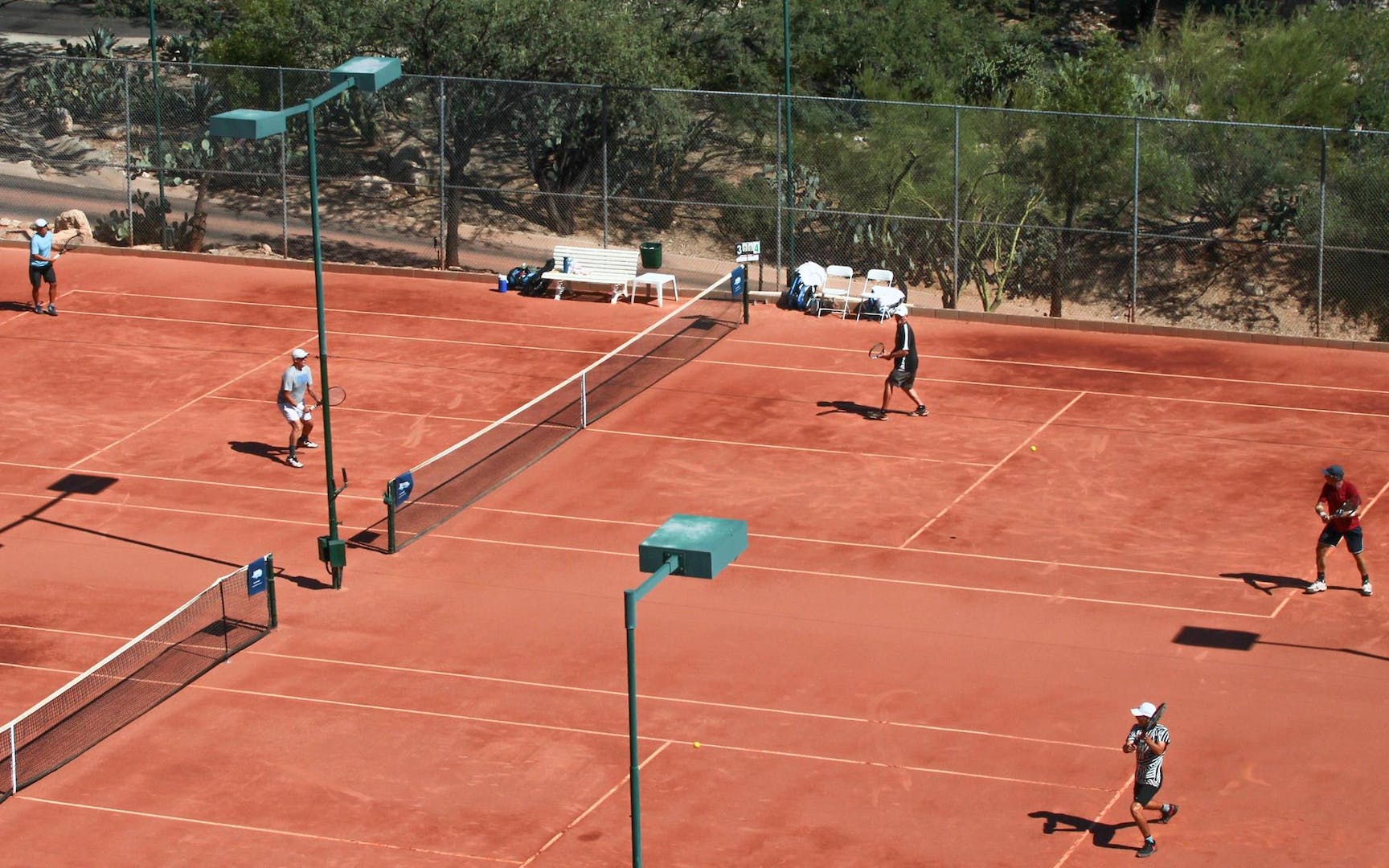 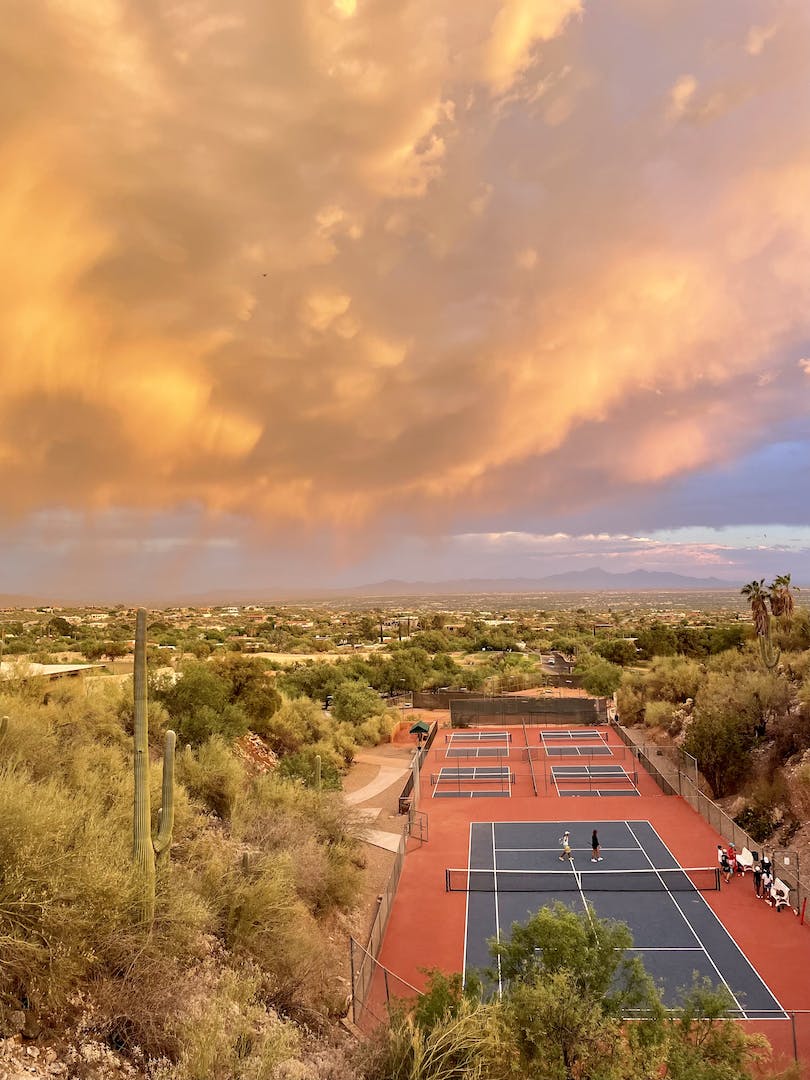 Unique to most private clubs, Skyline Country Club has a broad cross-section of players on both a competitive and social level. There are clinics, leagues, tournaments and special events geared toward all level of players, providing fun and challenging play for each ability. Each week, we also offer open play (drop-in) for men and women.

David Smith, our Tennis Professional, came back to Tucson after spending the last eleven years as the Assistant Director of Tennis at Desert Highlands in Scottsdale. There he worked on all types of courts (including clay), coached all levels of playing ability, and assisted in the development of high quality Interclub Teams. Over the last seven years, David has been a driving force behind the success of the USTA Slam Series Grass Championships--one of the largest grass court tournaments outside of Wimbledon.

Prior to Desert Highlands, David spend sixteen years as the Assistant Director of Tennis at Tucson Country Club. There he was an integral in the establishment of successful USTA Interclub Teams as well as the development of multiple top junior players in the Southwest Section. As a player, David competed in three USTA 5.0 Nationals along with various City Interclub Championship Teams in Tucson.

During the season we strive to provide a wide variety of different events to accommodate all the needs of our membership. Our social events have become extremely popular; whether an accomplished player or a beginner, our socials provide a great opportunity for everyone to gather and have a great time. During the summer, the always- popular Tennis Camp provides juniors with a mix of tennis, golf, swimming, and indoor activities. We are always looking to expand the program, adding new and exciting flavors to the menu of tennis activities.